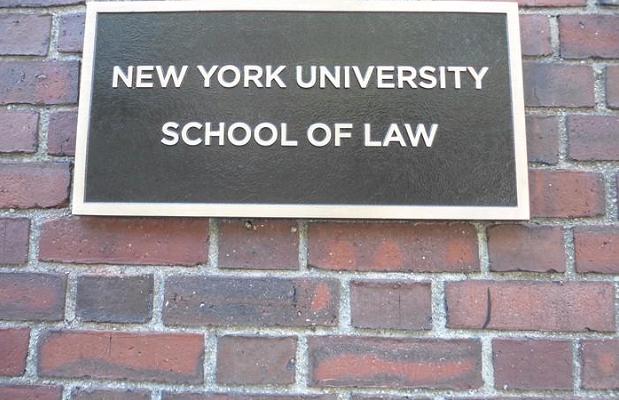 The School of Law has a long history of fostering new ideas and innovative programs, and in FY18, the School of Law has announced a number of thought-provoking initiatives. The Law School is expanding its research and experiential learning opportunities. Its Children’s Law Center is establishing a first-class training space to expand its work protecting children and families in the state. In addition, Professor Robin Morris Collin is directing environmental justice efforts in communities disproportionately affected by pollution.

The College of Law has also been adding faculty members who bring expertise and a unique individualized approach to legal education. For example, Associate Professor Shelley Welton has published five articles in the top 15 law reviews in the past five years. In addition, Assistant Professors Etienne Toussaint and Madalyn Wasilczuk have joined the College of Law faculty.

The College of Law has also been making strides in curricular modernization and experiential learning through a recent gift from the estate of Marty Wolf. The gift will support the expansion of the Children’s Law Center and the curricular modernization of its classes. In addition, the Law School is introducing a new mobile law office, called Palmetto LEADER, that will help those in need throughout the state.

Additionally, the School of Law has a number of distinguished alumni and faculty members who are achieving success outside of the United States. This includes three speakers who were honored on May 17: I.S. Leevy Johnson ’68, David Friedman, and Anthony D’Elia. In addition, Abby DeBorde is the first full-time licensed professional counselor staff member at the School of Law.

The School of law is also home to the University’s Veterans Legal Clinic. This new practice area will be established on July 2 and will provide veterans and their families with legal assistance. The clinic is the only immigration clinic in Oregon. In addition, the Clinic offers legal advice and representation to veterans who have been denied or revoked the ability to apply for legal residency in other states.

The Rule of Law Collaborative is an organization of the School of Law’s faculty, administrators, and students that works to support judicial reform in post-conflict countries, developing nations, and fragile states. In addition to promoting a more democratized form of governance, the Collaborative supports the work of local sheriffs in the United States.

Willamette Law has also announced the formation of a Signature Strengths Initiative to increase the access of students to top career opportunities. Willamette Law is known for its historic progressive approach to legal education. In recognition of its strong commitment to social equity, the School of Law is launching a new Signature Strengths Initiative to recognize the contributions of seven outstanding faculty members. In addition, Willamette Law is promoting ten of its professors to tenure.